On this page you'll see a listing of providers from which you can buy Fifa 18 Coins. This overview not only includes the Fifa 18 Coins prices of every shop, but also a customer rating. Shops listed as trusted sellers have a proven track record and are usually safe to buy from.

Fifa 18 is the upcoming release of the EA Sports yearly franchise. It is a football simulation featuring famous teams and players from around the world. This game features Cristiano Ronaldo on the cover. The Portugese forward is also considered as the best player in the game. This and many other details are all part of EA's effort to simulate the reality of playing football. Fifa 18 includes multiple game modes including a story centring around Alex Hunter, the protagonist from the previous Fifa 17. Players will be able to play against each other both locally and online. It will be released on the 29th of September on Windows, PlayStation 4, PlayStation 3, Xbox 360, Xbox One and Nintendo Switch.

Fifa 18 Coins are an in-game currency for the Fifa Ultimate Team Mode which can be commonly earned through playing the game. Also, buying Fifa 18 packs provide players, consumables and packs of items randomly. When players get items that are worth a lot more than the cost of a single pack, these expensive items can then be sold online to other players for more coins in return. In previous games a pack cost 7,500 coins, and there were instances of players getting millions of coins after buying just one pack then selling a particularly rare item. Since coins are the best way to get powerful items and players they are in high demand. To take advantage of this some people will offer apparent "free" methods of collecting them.

Another way to earn Fifa 18 coins is to buy with real world currency. However, not everyone can afford, or is willing to, make that kind of investment. These are also scams and need to be avoided, or the players could risk having their account or credit card information stolen. The market behaves just like any other and so prices will rise and fall. For those who are looking to purchase it from the RMT market, it is recommended to only get it from the reputable supplier.

Features to Look Forward to in FIFA 18

September 29th sees the release of this year’s FIFA title – FIFA 18. It can be tough to actually understand what changes and upgrades are being promised with each new edition of the enormously popular football franchise. Iterative titles like FIFA and its fellow sports games tend to be released in a flurry of deliberately vague and unclear marketing statements, which can be difficult to parse.

They promise every year that this title will be the one to really shake things up – unfortunately it is almost impossible to tell what is actually being promised! However, this article will sift through the developer speak to figure out what’s coming in this year’s title, and what you need to know.

Perhaps the most intriguing entry in last year’s FIFA entry was ‘The Journey’ - FIFA’s first attempt at narrative in their franchise. While ‘The Journey’ had some interesting ideas, and was certainly a bold attempt at introducing a new game mode to the tried and tested formula, it divided opinion among fans. The story allowed you to make choices about how you acted in conversations, along with choices on how your career panned out. However, most players ended the story in roughly the same way – winning the cup and getting the 75 FUT card.

This year promises to offer more variation and customise-ability. You will still have to play as Alex Hunter – that much is clear. However, you will be able to customise how he looks, by changing his hairstyles and giving him tattoos. What’s a modern footballer without tattoos? The choices you make about his career will be broader too – EA Sports have promised more control over Alex’s journey (including a potential offer from Real Madrid).

One potential downside is that there is no possibility of carrying on your save file from FIFA 17. Everyone’s Hunter will start from the same position. If you got attached to your journeyer, then it’s time to say goodbye to them now.

Something EA Sports have been keen to discuss is the new dribbling system in FIFA 18. Many felt that dribbling had lost its potency in the previous game – this year, the developers are determined to rectify that. Dribbling is hard to capture in games. Human movements are so incredibly complicated that scientists are only now discovering most of their secrets. Getting this right in a video game is a real challenge. FIFA 18’s response is to work on how movement is animated. Players are now more responsive than previously – at least the best players are.

Players now move around much more freely than before, making dribbling much more of a potential match winner. How this will affect the game over all is difficult to predict. We can only wait and see how defending will evolve to counter newly mobile players, and whether passing will still feel like a worthwhile option.

If you have played enough FIFA over the last year, you will likely have noticed how similar most teams are to play against. One of the great things about real football is that there is no one way to play the game. Different teams play different ways against different opponents. It feels unrealistic to play as a giant against a minnow, and have the other team come out at you all guns blazing. A more realistic approach would be for them to sit back and defend, with the occasional counter attack.

FIFA 18 is promising to offer something closer to this. While teams have always had tactics, based on a series of sliders, new tactics are being offered, such as the infamous Spanish ‘Tiki-Taka’, and the fashionable ‘High-Press’ system. Real variation in play styles, especially by computer controlled teams is a bold vision. It remains to be seen how much that dream will be achieved.

FIFA is trying hard to capture the essence of football. While it is clear from the gameplay changes that the developers want to make the game itself as accurate as possible, football is not just the game on the pitch – it is the stadium, the crowd and the feeling. Variation is another buzzword to consider here. Around the world, football stadia are different, the crowds are different, and so are the traditions. FIFA 18 features some of this variation.

FIFA crowds in particular tend to be uniform – they sit down until a goal is scored, and then they jump around in time. If you are playing as a big team, they’ll probably break out into a famous chant. FIFA 18 features more of the local customs than ever before – South American stadia are covered with the kinds of giant flags and streamers you see on TV. Northern European stadia are lit in a colder way than those in warmer climes, and even the shadows players cast on the grass are appropriate to local kick off times. While this type of thing might not matter to many, it really adds to the feeling of immersion.

Adding to the sense of reality is the very impressive work being done with the Frostbite engine. Last year’s title introduced the engine, but this year really seems to have made use of its full potential. Players (especially the game’s stars) look incredible. Perhaps more impressive though is the way players act – they pound the floor and scream in frustration, or roar in jubilation at goals. This kind of addition might not convince those already doubtful of the series, but it will likely bring back the believers. 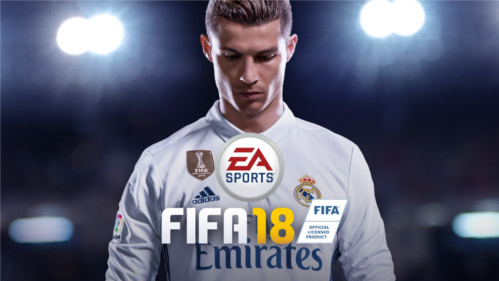 The FIFA series is a divisive one overall – people either love the games and get them every year, or decry the repetition inherent in yearly titles. I find myself in the former category – the changes are enough to keep me coming back. This year’s changes feel like they are really aimed at the football fan (perhaps more than the gamer). More than ever, the game looks like the real thing - every year we say the same thing. What seems different this time is that for the first time it is starting to feel like it too.