The Elder Scrolls Online's first full size expansion 'Morrowind' will be released soon, on the 6th of June. The expansion is by far the largest and most content full to be released so far, and is expected to keep players entertained for around 30 hours. The Elder Scrolls Online: Morrowind allows players to return to the area of Morrowind, which was first explored in the Elder Scrolls III in 2002. The expansion is crammed full of all kinds of new content, including new areas to explore, a new Trial, new PvP content and even a new Class. Morrowind will offer new experiences for experienced players and newbies alike. This article will detail a few of the new features, and some of the new options available to players. 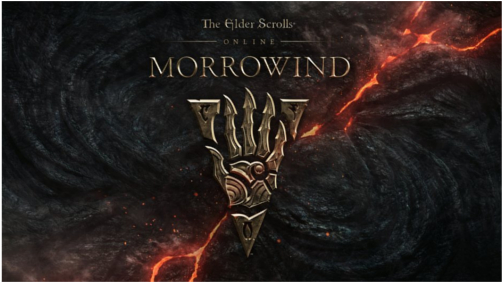 Perhaps most exciting for long time players of the Elder Scrolls series is the opportunity to return to the land of Morrowind. The expansion allows players to travel to the land of Vvardenfell, an island off the coast of Morrowind. This new area is the largest added to the game so far, being as much as 40% larger than Orsinium, the Orc stronghold area added in the game's last expansion. The first thing to notice about this new area is that it is large – much larger than expected. This makes sense, as the expansion is intended to be either a starting point for new players or an area large enough to entertain long time players.

The area is also much lusher than you might remember from The Elder Scrolls III. The expansion is set 700 years before that game though, which might explain the verdancy of the landscape. This means that although the map is identical to that of the original game, many places are nearly unrecognizable.

The expansion of the Elder Scrolls Online starts with your character on a ship, headed to Vvardenfell. The ship is captured by slaving pirates, which kicks off the new tutorial system. This is designed to be useful not just to new players, but also as a good refresher for returning players. After the tutorial is finished with, the game moves players onto the port city of Seyda Neen.

The main quest of the expansion leads players towards the city of Vivec, and the quest to aid the legendary poet of the same name. Vivec is suffering a mystery illness, and players will embark on a quest to aid him in his recovery, while learning of the true Daedric menace which threatens the island. Players will also have the opportunity to explore and make wealth in the divisions in Vvardenfell, such as those between the Dark Elf houses of Telvanni, Redoran and Dres.

Playing as The Warden

The Elder Scrolls Online: Morrowind also brings something entirely new to the game – the new Class of Warden. For the first time since the game's launch there is a new class to play as, expanding the original four to five. The Warden is in a way a hybrid class, half way between a DPS specialist, a Healer and a Protector. The Warden is a specialist in natural magic, and a protector of the natural world.

The Warden is described by Bethesda as being an extremely customisable class, offering a skill tree of three new lines, each with an Ultimate ability at the end. Each line is based around one aspect of natural magic. Winter's Embrace is about the protective powers of winter. It focuses on adding protective buffs to the player, enabling them to act as a Tank. Green Balance is based on the healing powers of nature and growth. Spells such as Fungal Growth offer Area of Effect healing powers, or Living Vines which can heal individual players. The Animal Companion skill line focuses on The Warden's interaction with animals. It allows you to summon the animals of Tamriel to aid in your quest, from swarms of stinging bees to an enormous wild bear.

The Warden class is of course not just available in Vvardenfell, but is made available to players throughout the world of Tamriel who have purchased Morrowind. Playing as the new Warden Class will add a new dimension to the game. The Warden adds new challenges and strategies to gameplay, and with the Class being so flexible, players will be able to approach pre existing content in new ways and with new tactics.

Another major addition to The Elder Scrolls Online is the addition of Battlegrounds. Battlegrounds are a new kind of PvP combat, unique to Morrowind. They are a much smaller scale PvP battle than The Elder Scrolls Online has previously hosted, and are usually much shorter at around 15 minutes a bout. They focus on battles between 3 sets of 4 player teams (4x4x4). These teams are not determined by alliances, but rather are entirely dependent on teams. Players can enter Battlegrounds from level 10, and can be entered either solo or as a team. Players join Battlegrounds in the same way as they enter a dungeon, from the Group and Activity Finder.

There are three game types in the new Battlegrounds: Team Deathmatch, Capture the Flag and Domination. Team Deathmatch is the simplest, based exclusively on finding and eliminating enemy player characters. Capture the Flag is a classic attack and defend game, where players attempt to capture the enemy's flag while defending their own. This is much more a team game than Team Deathmatch. Finally, Domination is a game of capturing strategic points in the map, and holding them to earn points. Captured strategic points earn points as long as the team holds them.

Players will explore the Clockwork City of the deity Sotha Sil, which is a miniature city within a clockwork frame. Inside, players will have to battle a massive Dwemer Colossus boss. This Trial is deliberately intended to be difficult for players to complete, and is aimed at experienced players. Don't get involved with this trial unless you are willing to put in the effort to complete it all the way through.

Also added to the game are many additional pieces of content, from gear and equipment to the many new side quests which fill the island of Vvardenfell. If you pre-order the Morrowind expansion you will receive the Discovery Pack. This contains a costume to allow all classes to look like the Warden, as well as a new game pet, treasure maps and randomised selection of Dwarfen themed items.