Your mission is to Defend the Throne. As rival factions across the galaxy launch uprisings against your Alliance, your task is to establish and defend your legacy in the Universe. But, what do you need to do before the latest Defend the Throne 5.1 update? What are the exciting new features and gameplay that the game offers?

In a nutshell, the key improvements and changes for 5.1 are: 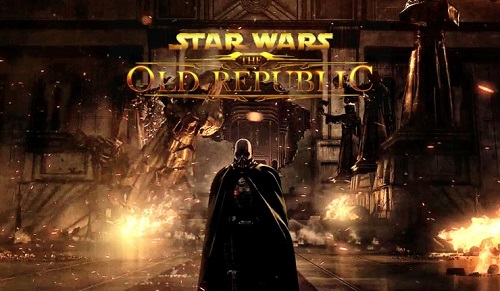 You can earn new achievements in Chapters of Knights of the Fallen Empire and the Knights of the Eternal Throne as mentioned on our January 2017 news summary. The SWTOR developers have created a new way to play these chapters; known as ‘Master Difficulty’.

You already needed a certain level of knowledge and skill to achieve Veteran Mode and deal with the flashpoints, achieve ideal damage per seconds (DPS) and rotations. However, Master Difficulty is another couple of levels above V Mode, so don’t expect to ‘master’ this new difficulty level straightaway. Expect to be beaten up and struggle to succeed in launching and defending raids in Master Difficulty level; perseverance and every small achievement will pay-off in the end. Remember, a higher difficulty rating will give you a better experience of the Galactic Command system and get you a higher Tier ranking, which in turn helps you to gain more coins and upgrade your gear faster.

What makes Uprisings different in 5.1?

Each uprising offers different challenges and storylines, but all share the same premise: groups are rising up to conquer the Empire and eradicate you. A well-equipped character with max level is a must. One question that many gamers ask concerns the storyline choices. But there is no need to worry or force your friends to choose the same storyline as you, as you can still play together, regardless of the storyline choice made.

The SWTOR developers have said that the Codex entries offer clues to the reasons why uprisings keep occurring. Without spoiling the plot, it is clear that these new features and gameplay are setting up future storylines and developments in the game. Is there a larger force out there battling against you? Is there a secretive individual or group that is targeting you for eradication? Like all great conspiracy theories, the truth is out there…somewhere! 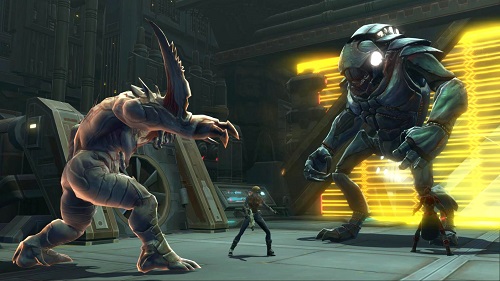 Five New Uprisings across the galaxy!

If you want to defend, instead of attack, then this unique Uprising is perfect for you. Your mission is to destroy a dangerous creature (known as Gethul) that hibernates in the depths of the planet Makeb. Can you safely escort a droid/bomb into the underground tunnel, obliterate the creature and save Makeb from Master Adelaide’s evil plan?

This Uprising occurs beneath the surface of the planet of Coruscant. Your mission is to stop Rogue Coruscant security agents from attacking the Senate Tower and planting false evidence. If you fail, then the Republic may be incited to war against the Alliance – any hope of you establishing an alliance with the Republic depends solely on your success in Divided We Fall.

Zakuul forces are integrating Rakatan technology with their own to build a new, state-of-the-art Star Fortress. Your mission is to infiltrate the Zakuulan military’s surface camp on Rakata Prime and assassinate former Battalion Commander Tassar. Should you fail, galactic security is at threat.

In this Uprising, you’ll have great fun using a turret mechanic to remove Republic Loyalists, who have seized control of the baradium mines. It’s your mission to lead a small team to reclaim the mines. However, commanded by General Amos Rike, the Republic artillery relentlessly bombard the "no man's land" between the central processing facility and the Alliance beach. Can you navigate the trenches and secure the mines?

Take rogue Republic scientists, an unsupervised research project to develop ‘super-soldiers’ and an untried adrenal potion (RS-33) and you have a recipe for disaster. Your mission is to prevent Doctor Semhess and her colleagues from releasing the adrenal (code named RS-33) and saving the galaxy from a mutant super army of unstoppable, genetically modified soldiers. 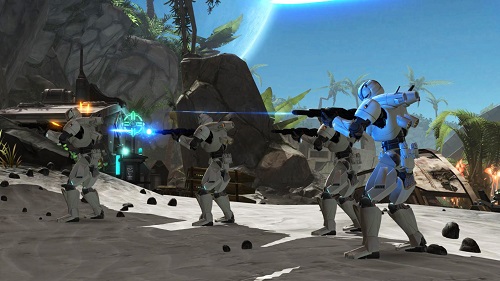 With a brand-new new legacy-wide Command Token currency (for you to exchange for specific pieces of gear), there are several changes and new developments which affect all players of SWTOR: Defend the Throne. The Legacy perk and additional boost will increase Command Rank Levelling Speed.

There are now Unassembled Gear Pieces, which will be dropped by the last boss of each operation. Specific pieces now drop for bosses, so you now have a choice between going after an item for a specific gear slot, or accepting the dropped piece of gear, or just simply buy them both with SWTOR credits. Playing any Warzone earns you Unassembled Components, and you can also get an Unassembled Gear piece by changing Unassembled Components with a PvP vendor. Opening Command Crates will earn you Command Tokens (Tier gives you between 1 – 5 tokens, Tier offers 2 – 8 tokens while Tier offers 3 – 12 tokens).