Stormblood, the second expansion for Final Fantasy XIV is coming, and in the words of Yoshi P, please look forward to it! Although right now, we have scant information on many of the new features, and likely won't till after the Tokyo Fan Fest, we have seen one expansion from this team before, so we can make some solid guesses on what we can expect, and its impact on the market boards, RMT, and the game as a whole.

First of all, we know we are going to be seeing a new area, Ala Mhigo. If this area is gated the same way Ishgard was in the Heavensward expansion, then you can expect a rush through the main story to get to the zones with lucrative gathered materials. This will result in a sudden influx of players looking to acquire gil to fund gear upgrades they aren't getting from quests. This will cause the price of gil on the RMT to market to shoot up as those players push to the end as fast as they can, to begin reaping the rewards.

Our second, and arguably most interesting. change is in the form of two new classes. Fans have been tossing about words like "Dancer", "Samurai" and "Red Mage" almost since the LAST expansion came out. Though we don't know much right now, what we can be sure of is that those new classes will need gear, and will likely start at a lower level then most players mains. This gives a window of time in which someone looking to stock gil, for play or for sale, will be able to make large amounts of lower level gear, and have it sell quickly, particularly on larger servers like Gilgamesh, where the population typically is stable at the high end of the leveling spectrum. 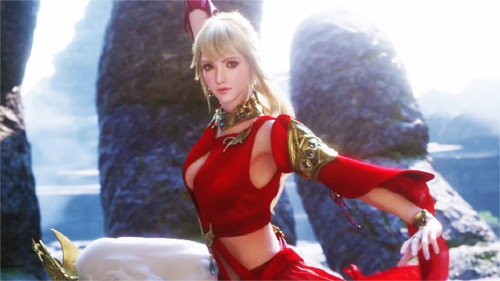 The third change we are looking at is a new level cap of 70, along with a re-working of the battle system. This goes right along with the new area in terms of people making purchases to fund their hike up the ladder, but it also means that anyone looking make gil for sale off gathered or crafted items will have to spend time hitting those caps before they can fully take advantage of the new features. The battle systems changes that go along with this level boost are unlikely to make huge waves. They may make some classes more or less appealing to play, however, the team will no doubt try to make these changes as low impact as they can.

It has been said that Glamour is the true end game, and for many longtime FFXIV players, this is very true. Players are willing to what it takes to get that new hat, weapon or armor. Fashionable items, notably dyable versions, tend to command huge prices on the markets, and thus, players will no doubt be snapping them up in droves. This also means that players who craft will be looking to the market boards for materials and crystals. Since we can never predict at what ilevel or "Star level" (crafting difficultly) fashion items will end up, it is hard to say what materials they will require. What they DO call for, though, will skyrocket in price.

The final hint that we have had dropped so far is for the new content called "The Forbidden Land Eureka". It has been stated this will be the place to go to find high-end item upgrades, and very rare monsters, with, no doubt, the drops that go with them. It sounds like the team is looking to flesh out and improve the concept explored with Diadem in 3.0. This will put more rare items into the market, which means more things for people to buy. Beyond that, we know very little about this new zone. 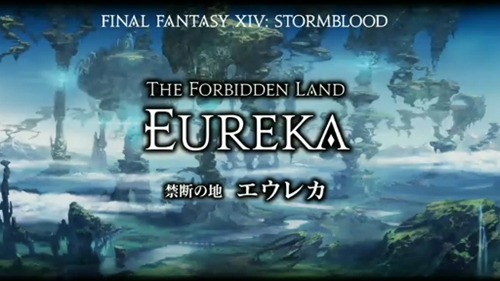 Looking to the RMT market, it is likely we will see a few things happen. As the new zones come out, gathering farmers will need updates, and until that happens, the price of materials will remain high. Crystal farming will no doubt see sales improve on the Market as crafters burn through their reserves trying to make gil on the new items. Gil will move out of the economy with the introduction of new gil-sinks, such as additional housing to buy, more zones to teleport to, and doubtless at least one additional sink that has not yet been announced.

All in all, the price to buy gil from RMT will go up, to at least double the current rate (for an inflation-adjusted amount of gil), as happened in 3.0, and again (to a lesser extent) in 3.3. This price will hold for the first weeks of the expansion, and then begin a gradual drop off till the content patch cycle begins anew.