Final Fantasy XIV newest expansion, Stormblood, was announced on the second day of Fan Fest 2016. Although the revealed information is still somehow limited, we have more ideas on what will be added to the game next year including new story, classes, explorable areas, and including bad news for PS3 players.

Naoki Yoshida, the game’s lead director and designer, showed a part of Stormblood trailer to fans on the stage with a similar setting to the Heavensward introduction a few years ago. Within the trailer, a monk lady, who looks pretty similar to a dancer, is fighting with the Midlander hero from the Heavensward trailer. The backstory of this lady is expected to be revealed starting from patch 3.5. An army camp can also be seen.

Stormblood is going to launch in an early summer 2017 which should be around the same date of the Heavensward launch on June 23, 2015.

The story of Stormblood is directly related to the liberation of Ala Mhigo. However, players have choices when or not they should help in this significant mission or not. Since Ala Mhigan has been dominated for over 20 years, they are happy with the current state being under the domination of another country. Especially, new generations only realize that Legatus Zenos Yae Galvus from the XIIth Legion is their one and only ruler. They do not want to free themselves nor any help from an outsider.

Unlike the Dragonson War, the citizen of Ala Mhigo does not want any change. Although a resistance group exists, it does not mean that they are welcomed among native Ala Mhigo. They might not support a player and the resistance group at all.

Although Yoshida did not state the specific new jobs that will be included in the Stormblood, he gave a hint that one of them should be a red mage. Yoshida intentionally removed his jacket on a stage and showed his a Scarlet Witch T-Shirt inside. It might even be possible that the lady monk from the trailer can be a red mage as well considering that she’s wearing red.

Surprisingly, Yoshida did not talk anything about the new race. There might not be a new one in this expansion.

In addition to the level cap increase to 70, ability sets will be improved. Because of the current complexity of ability bar system, Final Fantasy XIV developer team fully are working on improving the whole thing better. This will result in the improvement of entire combat. There are three notable chances we have known so far.

The first one is the skills mapped to each role instead of class. A player does not have to use the total different skill set while playing as a tank. The useless skills from each class will also be removed. At present, there are too many skills that cannot do anything much and nobody use them at all. They will be all gone in the Stormblood. The last one is a UI changes for some skills and buff.

New areas will be added. Although we still do not know how many areas will be introduced in the Stormblood, it should have the similar numbers with Heavensward bringing a more effective way to make FFXIV Gil. Rhalgar’s Reach, the heart of Ala Mhigan Resistance, will be the center location in this upcoming update. In addition, a player can even fly in these areas.

Along with new areas, more dungeons, raids (both alliance and eight-player), primals will be included in the Stormblood. The FFXIV game director also mentioned about the improvement on high-end raiding in the future. There might be an additional harder difficulty level or even harder content.

A new high-end area, the forbidden land Eureka, is also explorable in the upcoming patch 4.0. It can be accessible through the diadem or the exploratory mission. High-level monster and a la Zodiac and Anima weapons should be found there.

The Stormblood also introduces new gear, including those designed by community content. Fortunately, a developer team is working on improving server stability to make sure that a player can have endless armor and weapon inventory through an inventory and armoury chest expansion. There will be more housing district as well but no further detail has been revealed yet. 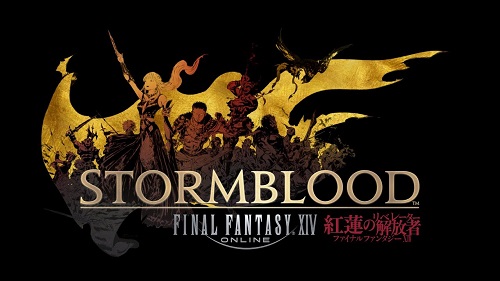 In addition to adding new story and features to the game, Yoshida announced two significant technical changes for PC and PS3 players. First of all, the game minimum requirement will be increased and updated. Since the game has been released for over 3 years, some computer parts are no longer available anymore. For some PC player, this can be a good chance to upgrade to 64-bit at the same time. Although it is not the requirement for the Stormblood, it can help faster the game.

Second, Final Fantasy XIV will no longer support PlayStation 3 after the launch of Stormblood in an early summer 2017. The hard decision was made based on current PS3 specs. It is becoming more difficult for the team to add new improvement to the game. However, there will be an upgrade campaign from PS3 to PS4 around that period aiming to help PS3 players moving to the new console.