Fifa 17 is going to hit the shelf very soon at the end of September with many new premium features. It is by far the most popular soccer game series without a doubt. To add more hype to Fifa fans, we have gathered 5 most promising features in Fifa 17.

The new brand story mode brings an RPG style into a soccer game. In this mode, a player plays as the 17-year-old soccer player rising star, Alex Hunter. Start with any chosen club in Premier League, Alex has one and the only goal, to be the best soccer player on the planet. Your decision and performance will directly impact Alex's life. Can you make his dream come true?

Based on authenticity consultant from various soccer players around the globe such as James Rodriguez, Marco Reus, Eden Hazard, Marcus Rashford, and much more, the story of the journey brings you the most authentic experience ever. Soccer player's personalities, locations, events, schedule, and more can be found inside the new premium feature.

The world most famous midfielder from Germany, Marco Reus, shows Fifa 17 developer team how active intelligence system should work based on his professional experience. The improved AI system brings a better game in the pitch ever.

New mechanics make a better positioning to your AI teammates by strategically analysis space between teammates and opponents. They know exactly when you want to pass and score a goal.

In addition, the improved version of the active intelligence system also brings new run types to the game increasing gameplay creativity to the next level. Multiplayer orchestrated runs, fake runs, stunt runs, and even asking support from other players are now possible.

This is the main game changer. Along with the improved active intelligence system, the new physical play improves gameplay controlling ability to another step, even further than the previous Fifa 16, thanks to the Pushback Technology. Dribbling, trapping, defending, running to a support position, and all physical players are smoother with precise control.

The new physical play is very detailed to the point of making change to the entering team, including a goal keeper. Goalkeeper collisions, tackles, shielding in the air with ball control are also improved. Shielding system will give you to defend an opponent team attack while maintaining the overall team position. You can even shield the defenders while making a dribble.

Fifa 17 also comes with several new attacking techniques increasing variations of attack options when a ball is in your position. The new technique in the list, driven finish, is about a new way of shooting in whatever the situation you are. Finesse, volley, or even shooting from afar in home are possible.

Passing system has been improved as well because of Threaded Through Pass. The new mechanic allows you to pass into space precisely no matter it is a long pass or curve pass creating new ways of scoring a goal. The downwards header is also included in the new attack techniques. This time, a player has a better control while performing this action making it a harder job for a goalkeeper.

Finally, Driven Goal Kick increases the efficiently of a counter attack with a strength and control from a goal kick.

All types of set piece have been improved by giving a player more control. This time, you can run up on free kicks increasing the ball spinning and movement level. An empower free kick with world-class spinning ball is possible.

The new corner kick system allows you to precisely choose which players you want to make a pass as well as a better cooperation in order to score a goal. Not only that, you can even switch to any player in the box and score a goal yourself.

The new penalty kick system is not just only choosing which direction you want to score anymore. This time, a player can freely move before shooting penalty. You can run to the ball and score at different speeds and angles.

Thrown-in has also been improved by allowing a player to move along the line giving a better position with options to do a fake throw and even throwing with a pace.

- FUT Squad Building Challenges, a puzzle style game, is added in the Ultimate Team providing more rewards to a player through unused cards

- The new leader board system, FUT Champions, gives rewards to any player in the Ultimate Team mode who can be a weekly top player. 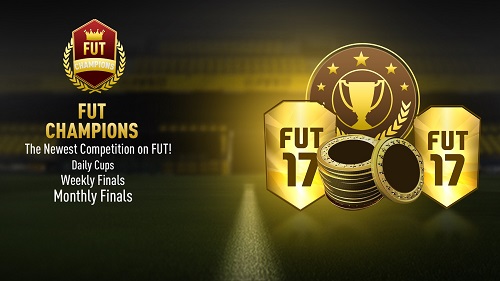