World of Warcraft might be getting long in the tooth for some, but the release of its sixth expansion, Legion, on August 30 will definitely shake up the status quo and inject excitement to the MMORPG. Here are the four legendary features that will leave you mightily impressed.

Ah, at last, the Broken Isles are here! The region has long been referenced, and now players can finally explore the whole continent, and developers made it into a huge one consisting of six main areas, namely: Highmountain, Stormheim, Valsharah, Suramar, Azsuna and The Broken Shore.

The Broken Isles is not only expansive but also fraught with heroic challenges. There are hundreds of world quests to finish and nasty world bosses to defeat with huge amount of wow gold as rewards. For all the danger in this new region, it is a sight to behold. Players can roam around and bask in the natural beauty of the Broken Isles from the lush forests and mountain ranges to ancient night elven cities.

The catch is that you need to be at least level 100 to start attempting the content in The Broken Isles, but not to worry, there is a character boost option available that will let you immediately raise one character to level 100. From there you can start training your character to reach the raised level cap of 110 by slaying the native beasts like twisted satyrs and cursed Kvaldir roaming the Isles, and battling the Legion’s marauding army.

But even for a battle-scarred hero like you, the Legion will prove to be overwhelming, which is why you will be able to claim a Class Hall unique to your character class. You can lead followers on a hunt for the Pillars of Creation and discover the secret to Azeroth's salvation from the Legion threat. 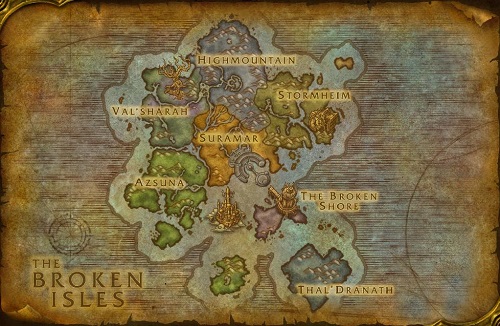 The Legion expansion plunges the World of Warcraft realm in pandemonium as the insidious fel threat returns, but a new ally rises in the form of the demon hunter hero class, available only to Night Elf (Alliance) and Blood Elf (Horde) races.

The demon hunter starts at level 98 and is the second hero class in World of Warcraft after the death knight debuted in the Wrath of the Lich King. Fans of Illidan Stormrage will relish the thought of playing one of his disciples as a force of good. Demon hunters might scare off their allies and elicit disgust from their fellow elves, but they can be counted on to use their mastery of fel and chaotic magics to help Azeroth’s denizens repel the Burning Legion invasion. Demon hunters accumulate power with every monster they slay.

Demon hunters are tough and tanky fighters, gaining resilience from the chaotic magics that flows within them. They also excel in weaving in and out of combat with their monstrous wings, and punishing opponents that fail to keep track of their movements.

When pushed to the limit, the demon hunter can initiate a metamorphosis to transform into hellish forms based on their role. Damage-heavy Illidari will be able to teleport into combat, while those with a more a defensive preference can emit powerful supportive Auras. Remember that demon hunters do not wear heavy armor, banking on their agility instead to survive in battle. 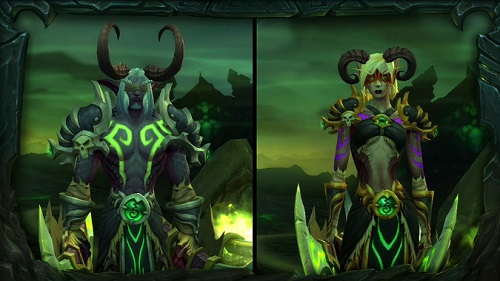 A new batch of dungeons and raids hit the live servers with the Legion expansion, and they are more flexible than ever. While leveling through the Broken Isles, players can access five dungeons – Eye of Azshara, Halls of Valor, Darkheart Thicket, Violet Hold and Neltharion’s Lair – and these dungeons will scale depending on your current level.

This makes for an easier time finding dungeon groups and gives more progression options since there is no set order in clearing the dungeons.

Five more dungeons unlock once you hit level 110. Three raid tiers have been planned for Legion, with Tier 19 in the two raids included with release, and another raid in Patch 7.2 and the final raid in a later patch. 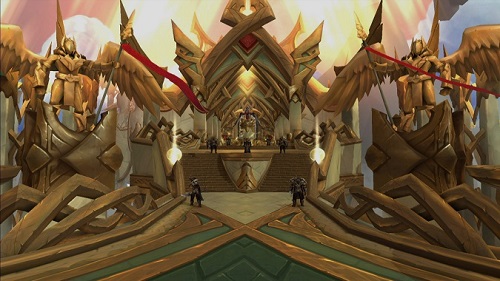 With one dozen classes each of which has three specializations, it’s no surprise that World of Warcraft developers have a hard time balancing the environment to make sure that majority of players get a fair chance of winning in PvP. But in Legion, the introduction of a new PvP honor system as well as the arrival of artifact weapons look to bring a greater sense of PvP balance.

The new PvP honor system will unlock unique honor talents, which are abilities that are earned through increased levels in PvP and are activated while players engage in PvP. Now developers have another tool to balance the classes without having to mess around with player abilities and talents used in PvE situations like dungeon running and raiding.

In addition, the new expansion will nullify normal gear in PvP combat. All bonuses related to gear will be deactivated, with the exception of the newly introduced artifact weapons which grants powers to its wearers. But item level will still be a factor in PvP since every point above item level 800 will translate to a 0.1% increase to a player’s PvP stats. Additionally, players that enter PvP combat will receive a predetermined set of stats.

What does this all mean for PvP in Legion? Blizzard has significantly reduced the impact of gear in PvP, so that while they can still provide small advantages, less-geared opponents can still hope to prevail if they have better skills.

The new expansion lets players wield one of 36 unique artifact weapons from the World of Warcraft lore based on their specialization like the Ashbringer for retribution paladins and the Doomhammer for enhancement shamans. These customizable weapons grow in power along with their owners, which also lends greater value to them, making you keep them throughout your Broken Isles adventuring.