2017 has seen many new innovative updates and developments in the world of video games, from new features in FIFA to World of Warcraft and the Elder Scrolls Online. This article will take you through the latest news updates around some of these games for June 2017, so you are certain not to miss any exciting developments!

June 2017 has seen the Elder Scrolls Online release the Morrowind soundtrack, which was composed by audio director Brad Derrick and is available to download on all digital platforms.

The Elder Scrolls Online, as part of its Crown Crate season, has in June released its Dwarven Crown Crates. By buying a crate to search for Dwarven items, you open the opportunity to attain a Dwarven bear and Camel; Dwarven Guar and Dwarven horse, as well as a Dwarven Senche and Dwarven wolf.

With much excitement surrounding the release of FIFA 18 at the end of September, FIFA 17 is slowly but surely coming to an end. But there are still ongoing updates and features to look forward to, especially with regards to the FIFA Ultimate team feature.

Seeing as the major European league competitions have come to an end, the Ultimate team TOTW (Team of the Week) for the end of June and beginning of July 2017, features those players involved in the South American and MLS leagues, as well as those taking part in this years Confederations cup in Russia.

Team of the Season

As part of EA's initiative to keep players interested in the game despite the hype around possible new FIFA 18 updates, June has seen FIFA continue its Team of the Season feature. FIFA include the team of the season for each major league, which includes a 23 man squad of the best performing players in real life from these leagues. The players selected have significantly boosted ratings and stats and are very desirable and valuable items on the FIFA Ultimate team market.

June has seen FIFA announce the Ligue 1 Team of the season (the French league), which includes the likes of teenage superstar Kylian Mbappe and Thomas Lemar from AS Monaco, as well as Thiago Silva and Marco Veratti from Paris St-Germain.

Overall, despite FIFA 18 being within sight, there are still some exciting features and updates to enjoy in the last months of Fifa 17. 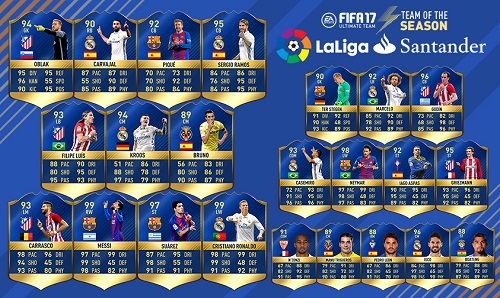 Final Fantasy XIV announced in June that they would be hosting a special cosplay competition at gamescom, with a chance for its players and fans to dress to impress.

As well as this, Final Fantasy XIV launched the limited time only Falcon Mount Campaign to celebrate the release of Stormblood. The Stormblood expansion has added new field areas, new city and field aetherytes and the experience point reward system for unlocking new maps has been increased.

The leading up to the Stormblood campaign saw a brand new illustration teaser every day, as the expansion is set to take everyone by 'storm'.

Overall, June 2017 has seen a number of exciting developments for every sort of gamer to enjoy. Don't miss out! 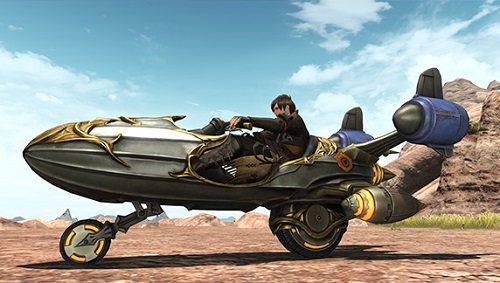 Star Wars: the Old Republic, from the 2nd June to the 4th of June hosted a Galactic Defender Event, especially to celebrate EA's Play to Give programme. The scheme was set up to promote diversity and inclusion within the game and this event allowed players to team up with their friends and compete in battles across the galaxy.

There were also a number of cartel market specials in June for SWTOR, including Iokath Wyvern for direct sale at 1500 cartel coins, as well as 50% off Eternal Command packs and stronghold sales of Nar Shadda and direct armour sales for 1296 cartel coins.

June also saw the first cartel pack of the summer, bringing the newest in-game armour and weapons. The Dread Warlord Cartel pack has a range of exotic and exciting weapons, including the Wentross Bowcaster and also enables players to pilot the Kukri Intimidator!

The World of Warcraft in June 2017 has seen a number of in-game events for the summer. The various activities include games that test the mind with the likes of Silas Darkmoon and his troupe to Battleground bonus events and Midsummer Fire Festivals.

For those who are pet collectors, from the 21st June 2017 the Qiraji Guardling begins to re-spawn and will be available to capture all the way up to September.

New Addition to the Murloc Family

World of Warcraft have also gained a new addition to their murloc family, available as both a real life cuddly toy and an in game pet that players can capture and take along with them.

And excitingly, the last 8 teams still in the NA cup were broadcasted live on Twitch on 10th June. There are plenty of in-game features for World of Warcraft players to get involved in. 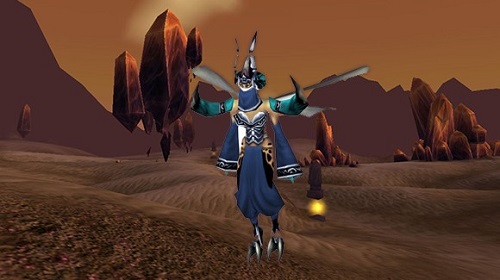