Elder Scrolls Online unsheathed its new Dark Brotherhood DLC, and it promises to cut into your leisure time as you get engrossed in the assassinations, world boss battles, bounty hunting, poisonmaking, Gold Coast exploration and many more. Here, below, are ten activities you should be dying to try out.

The new DLC also opens up the path to The Gold Coast, located to the western coast of Cyrodiil and described as the empire’s gateway to the Abecean Sea. Characters of all levels will be able to reach The Gold Coast, explore the cities of Anvil and Kvatch (which should be a special treat for The Elder Scrolls IV: Oblivion fans), and lend your martial skills to the Dark Brotherhood and other groups in the region. To travel directly to the new region, you can take a boat from Daggerfall, Davon's Watch, or Vulkhel Guard, depending on your alliance.

For the uninitiated, The Gold Coast may sound like a pretty chill place, but it is filled with danger and elder scrolls online gold, including two all-new world boss encounters: The Kvatch Arena and Limenauruus the minotaur at Tribune's Folly. Even the most experienced adventurers will be tested to their limits. Limenauruus is a towering minotaur found at Tribune's Folly near the center of the zone, and possesses immense rage and raw power. Meanwhile, the other world boss can be found lurking in the Kvatch Arena where only the brave should dare step foot. 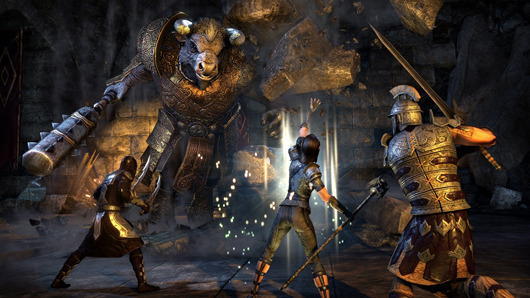 You won’t be heading to The Golden Coast for sightseeing. The new region is jam-packed with quests to take on, including sacrament quests from the Speaker Terenus, an agent of the Black Hand, located in the Gold Coast Sanctuary. You will need to break into heavily guarded subterranean locations to eliminate targets invoked by the performance of the Black Sacrament. Stealth and strategy will be your main tools of trade as you attempt to avoid guards, disable traps, and complete bonus objectives. It might take you some practice, but the prestige and rewards of a job well done will be well worth the effort. Also, several quests will even bring a nostalgic glow as you encounter and interact with some of your favorite NPCs such as Crafty Lerisa, Razum-dar, Naryu Virian, and Mel Adrys.

5. Rake In The Killing Gold

As an assassin, you can also take on contract kill quests paid for with gold. Talk to Elam Drals, a Dark Elf assassin that keeps a ledger and will point you to kills that can net you some income, although you may need to travel far and wide Tamriel to get the bloody job done. Living and traveling in the Gold Coast does not come cheap and the extra coin will go a long way in keeping you well-equipped and well-fed.

If you are tired of the assassination missions and want to add a little spice to your routine without gong hungry, you can scan the bounty boards in Anvil and Kvatch. These have a steady stream of daily quests that can take on, often involving brutal battles and broken bones, hopefully not yours.

8. Brew A Batch Of Poison

Nasty enemies deserve an equally nasty death, which is why the DLC has activated the poisonmaking feature. Brewing poison will greatly aid your killing ways, but do aim to discover all the properties of all the new reagents introduced for poisonmaking to gain the morbidly beautiful Viridian Venom dye.

Grouping takes a turn for the better with the arrival of the new DLC, with developers rolling out improvements and new features for the Grouping Tool. There is now a group ready check that conveniently ensures the entire group is ready for battle before charging in, minimizing painful bad starts to important boss fights. It can also be used outside dungeons to confirm if the group is ready to move forward. Ready check can be triggered by simply typing /readycheck into chat on PC and Mac, or selecting the “Ready Check" option in the group menu for all platforms. A second feature added to improve your quality of play is the remove party member vote. Sometimes, a group simply isn’t working out so you can initiate a vote kick in the group, and garnering a majority vote will remove the nominated member immediately. Finally, the DLC has brought on a 15-minute cooldown to re-queuing in the grouping tool after you successfully form a group, a feature that is designed to discourage group hopping.

With so much fresh content to accomplish in the DLC, you’ll probably be spending an inordinate amount of time in-game, which makes the new musical score, inspired by the Dark Brotherhood and Gold Coast, a special treat. Turn up your speakers and soak in the brooding vibe of the region to get you in the mood for some assassinations. 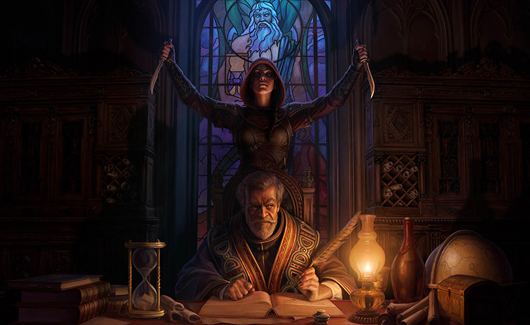