Final Fantasy 14 Patch 3.3: Revenge of the Horde has unleashed a stampede of new content, but we're homing in on the 10 things that should make it to the top of your priority play list.

If there's anything that Square Enix does well, it's to push out a gripping new storyline, and the Litany of Peace main scenario is shaping up to be another home run in terms of action and drama. The plot begins with a conference at Falcon’s Nest that immediately takes a turn for the tragic when Nidhogg and his draconic crew bring war to what should have been peaceful proceedings.

Level 50 players know and love Hullbreaker Isle for its sandy beaches, coconut trees, sasquatches and krakens, the prospect of stumbling upon Mistbeard’s treasure, and a good to make ffxiv gil. But it turns out that the legendary loot that treasure hunters seek is not to be found in the island, which then led to an exodus and the island’s repurposing into a training ground. The hard mode can be accessed by completing the main scenario quest “Heavensward” and the quest “King of the Hull,” enabling level 60 players to undergo a rigid training that will test their limits.

Sometimes you just want to wander around the Final Fantasy 14 world and get lost in its optional sidequests, of which plenty more have been added in Patch 3.3. Level 60 players can talk to the NPCs Unukalhai, Stacia and Leofard to take on these challenging extension quests that get unlocked after completing quests from the main scenario. 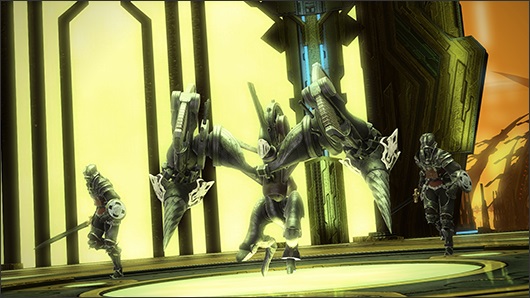 Moogles are just adorable, so it’s always a treat to get more quests involving these puffball cuties. Patch 3.3 adds moogle beast tribe quests to the Churning Mists, although only Disciples of the Hand will be allowed to progress through this latest set of beast tribe quests. As a delightful bonus, all the necessary crafting materials will be provided to players with every quest, so you only need to take along crystals and be on your merry way with the moogle beast tribe. And don’t forget, since you’re already in the beast tribe settlement: Swing by the local vendor to purchase unique items. If you’re pressed for time, then prioritize the “Tricks and Stones” main quest since it will unlock the moogle daily quests.

As if Anima weapons weren’t awesome enough, Revenge of the Horde activates enhancements for these endgame special fabled weapons. The enhancement system is very user-friendly in that you no longer need to guess which items are needed – everything is conveniently listed in Ulan’s note in your inventory. Enhancements to anima weapons can even be transferred to reconditioned anima weapons by completing a special quest “A Dream Fulfilled,” opening up exciting new weapon-making possibilities.

6. The Fields of Glory (Shatter)

A newly contested battleground, The Fields of Glory, comes online and it promises to bring renewed bloodshed and bitter rivalries among clashing Grand Companies. As a shatter campaign, players will need to focus on retrieving data from tomeliths at any cost. Control of the tomeliths will be crucial to victory, basically the longer you occupy the tomeliths, the more data you can secure for your company. Of course, your rivals will not be sitting idly while you mine the data. Adversaries will try to wrest control of the tomeliths by force, so companies with strong capture-and-defend plans can win the data war. 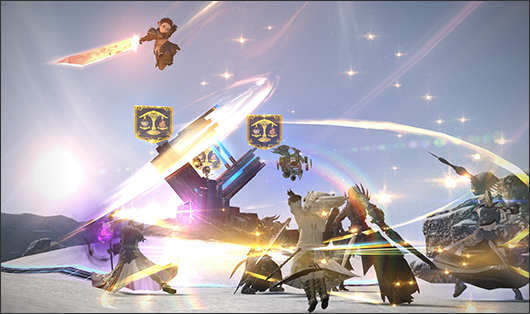 Got a green thumb but can't be bothered to stay out in the sun? The new flowerpot feature expands on the indoor gardening feature. These can be placed within free company estates, private estates and private chambers, and the furnishing will let you grow the exact same plants and crops as those in garden plots indoors, plus a several certain seeds which can only be cultivated in flowerpots. When grown, these plants will yield materials to craft gear. Like any other type of plant, flowerpot plants will require constant care and nourishing. Better soil, the addition of fertilizing, constant tending and watering will all contribute to the fast growth of the flowerpot plants, letting you harvest them earlier and at a higher quality.

Brave the new 24-player alliance raid, the Weeping City of Mhach, which continues the story of the Void Ark. You will need to travel deep into the Yafaem Saltmoor where the once-glorious city of Mhach lay in ruins. The civilization of the Fifth Astral Era knew great prosperity but the misuse of destructive magicks led to its downfall, and now the city is a graveyard of occult secrets. The raid is designed for level 60 players with a minimum average item level of 205. You will have to allot roughly 2 hours for the raid and complete the quest "To Rule the Skies" to try your hand at clearing this challenging raid, which is best tackled with 3 tanks, 6 healers and 15 damage dealers. For successful raid parties, weekly completion rewards will include exquisite rare loot and a Mhachi Penny, which can be exchanged for equipment enhancers.

You will be able to register for instanced raids without having to form a party. The raid finder does all the hard work, matching you beside on your desired raid and profile. Players will be matched automatically with other players, even those from other worlds, but still within the same data center. Matching options also seem to be quite robust from the get-go, and developers will likely be refining the feature with more live server use.

Finally, if you are yearning for a new look for summer, then you are in luck because the new patch teaches hairdressers across Eorzea the winning styles from the Final Fantasy 14 hairstyle design contest. You can consider making your male character look like he is part of a rock band with an edgy layered hair style, or amp up the sweet and sexy vibe of your female character with hairstyles that frame her face. There is even a cool-looking pompadour hair style that is often seen in many Japanese mangas.