The Unofficial Guide to Silver Making in Tree of Savior

The Unofficial Guide to Silver Making in Tree of Savior

Official Tree of Savior documentation grossly underestimates just how much silver you're going to need. You'll more than likely need far more than you could ever hope to collect playing the game while focusing on completing major objectives. Some players have even made an industry out of selling silver tokens to other players for genuine money as known as RMT market. Crafty players can use below silver making strategies and make money themselves.

In case you do not have time to farm your own Tos Silver, purchasing from InGameDelivery can be a good way to go. It is the best shop so far in terms of price, reliability, delivery speed, and customer recommendation.

One of the most notable ways is by going through a process that gamers call farming. This method works quite well in Tree of Savior. Character progression depends highly on the amount of money you collect throughout the game, which means that farming might be the best way for you to level up your equipment. Farming generally refers to purposefully putting your character into an area that has many respawning enemies, easy to kill, and drop good items.

Monsters drop a random amount of silver as well as loot. Silver is added to your account as soon as you pick it up. Loot can be immediately useful to you. Sometimes a monster might drop a weapon or item that you need. This will ensure that you don't have to spend silver acquiring this item later.

The vast majority of items will be useless. These items most often get sold to NPC avatars who tend to congregate in towns, but they can also be put on the market. Items that have some real value tend to go for more on the market. Common items are worth more to NPC avatars, however. Most players that extensively farm monsters have a tendency to check the prices in both places before they agree to make a sale. Keep in mind that NPC prices don't really fluctuate. That means you can generally expect the same value for an item consistently. Future updates to the game won't influence the prices that characters pay for things. When it comes to selling things in the market to actual players, what people will pay is dependent on their own personal whims as well as how badly they need an item.

When doing this its important to put your character in a place that isn't too strong for them. If you have relatively weak equipment, then you'll need to move your character to one of the early caves or fields that feature monsters that can easily be killed. Once you have a stronger character, though, it can be a good idea to focus on slightly stronger enemies. Generally monsters with more hit points drop better loot as well as a larger amount of silver. Don't ever let yourself be overwhelmed. Another good strategy to do this is to quickly leveling your character at first and use it to farm Tree of Savior silver from a very weak dungeon by any means. Chances are that many other players are doing much the same. 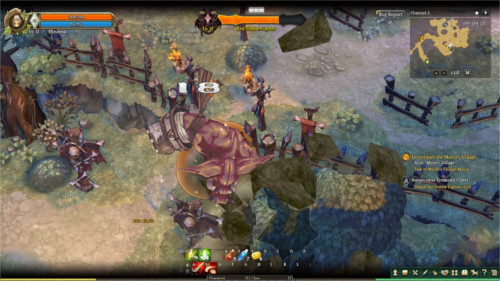 A few areas of the game are especially conducive to farming tactics. Chapel B1 is often the first stop for players who want to start a major farming operation. Glizardons spawn in this area, and they will occasionally drop a silver bar when killed. Silver bars are worth 30,000 silvers to NPC shops. It might take around one to two hours to get four or five bars, but at this price it might just be worth it. Getting upwards of 150,000 silvers for two hours of fighting isn't a bad deal at all. The bars can be obtained faster when you have a powerful class than can quickly slay horde of enemies.

Once you reach level 50 you can head to the Chapel dungeon with a group. The boss there can drop a gold bar that's worth 50,000 silvers when sold at an NPC shop. A few players have actually remarked that they're able to beat that monster by themselves. This is generally considered reckless behavior, and it might actually end up costing you more than it could make if you were to die in the dungeon.

Miner's Village is a great base of operations for silver farming guide. The town has plenty of NPC shops to sell to, and it also has a market outlet. It can let you easily heal up between fights. There are two main farming areas close to the village. One of these is to the east and the other is to the west. Both of them have a mini-boss that spawns during major battles. While Tree of Savior tends to attack players with a random party of enemies, a large monster called Red Kepa and several minions usually show up during battles in these two areas. These enemies often drop rare and valuable pieces of equipment. It's best to have a character that's between levels 20 and 40 in order to adventure in these areas bordering Miner's Village, however.

The Tomb of the Guards is another great place to farm, since the mushrooms there drop a colossus artifact that regularly sells for 10,000 silver pieces in the market. Candle spiders will sometimes drop a colossus recipe and archers there will even drop some blue gems from time to time. 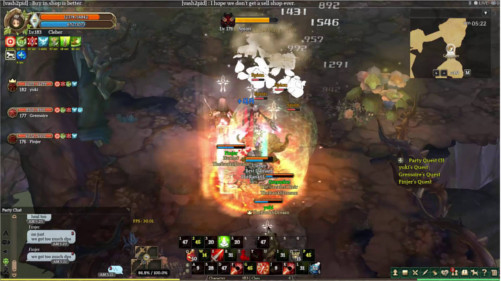 Make sure to visit the auction house fairly often. Pretty much every item in the game can be put up for auction there. This includes items that are crafted through recipes as well as those dropped by enemies or purchased in NPC shops. The auction house will generally give players a minimum price for valuable items that fluctuates around 500,000 silvers. NPC bidders at the auction house will sometimes bid this price on low-grade enemy loot drops. The level of the loot causes NPC bidders to assign more value to certain items.

A mat at level 60 can theoretically be sold for 1,500,000 silvers. While this is a rare anomaly it can happen. What NPC auctioneers will sell an item for is left up to chance. Nevertheless, the auction house will always get a much better price for players than a regular NPC shop ever would.

Any quests that involve fights against Gesti allow you to farm against mobs that follow this major boss. Apart from the high experience of the monsters that make up these mobs, they have an excellent drop rate. These quests are best reserved for players that have reached a fairly high level. Around a half an hour of farming before completing the quest can give you around 35,000 silvers worth of vendor items to sell to NPCs. This is on top of the fact that there're rare items that comes with completing one.

Get Crafty with Items

One of the best-kept secrets in Tree of Savior is that all classes can craft at least some of the items in the game. Many players incorrectly believe that only certain character classes have the luxury of crafting items. The official game guides certainly seem to insinuate this, but they're wrong. Players need to acquire a manual to craft certain items. Some character classes can only craft certain items, but characters of all classes will have manuals automatically recorded to their journals if they come across one that their character can make use of. After they receive it they can use it indefinitely at any time. Most crafted items sell for a lot of silver pieces in NPC shops.

Keep in mind that crafting can only ever be done while your character is resting. The process can actually take over 10 minutes. 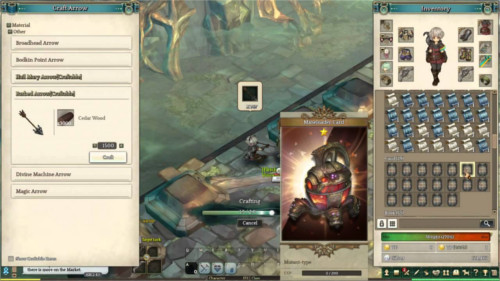 If you're just starting out fresh and haven't created a character yet, then you might have heard some players talk about how a few classes have skills related to crafting. You might have also heard that these classes have it easier because they can make items and then sell them for plenty of silver. It's important to keep in mind that the Tree of Savior combat system balances this out by handicapping their other skills. Fletchers have the best of both worlds, however.

Members of this class learn arrow-crafting skills, which are available only to them. The special arrows that can be made through these skills are extremely rare indeed. They're useful weapons that can also be sold for a ton of silver. Fletchers also enjoy agility as a main attribute on top of a ranged attack. You might want to consider making your new character a member of this class.

Remember That All Characters can Get Silver

Regardless of your character's situation, there's always a way to get silver. If they're too hurt to continue a quest, then you might want to put them in rest mode and start crafting items. If you have a character who is poor but has great stats, then you probably want to take an optional quest or farm in Miner's Village. Guild players might try to tell you otherwise, but you can always make money even when playing this game on a solo basis.

In case you do not have time to farm your own Tos Silver, purchasing from InGameDelivery can be a good way to go. It is the best shop so far in terms of price, reliability, delivery speed, and customer recommendation.